The first act of the Ski World Cup was characterized by the peremptory and expected victory of the Swiss Arno Lietha in the men's field, but also by the first affirmation in the maximum circuit for the twenty-two-year-old Frenchwoman Emily Harrop. They are the absolute protagonists of the first Sprint ski race organized after the promotion of the Olympic discipline, in view of the Milan-Cortina 2026 appointment, held today on the Pontedilegno - Tonale tracks. A night challenge on the spectacular course designed by the Adamello Ski Team organizers on the amphitheater of the slope overlooking the town of Pontedilegno.
As for the category successes, under 23 victory for the Swiss son of art Matteo Favre and for the Italian Katia Mascherona. Finally, among the under 20s, the Swiss Robin Bussard and the Spanish Maria Cosa Diez prevailed. 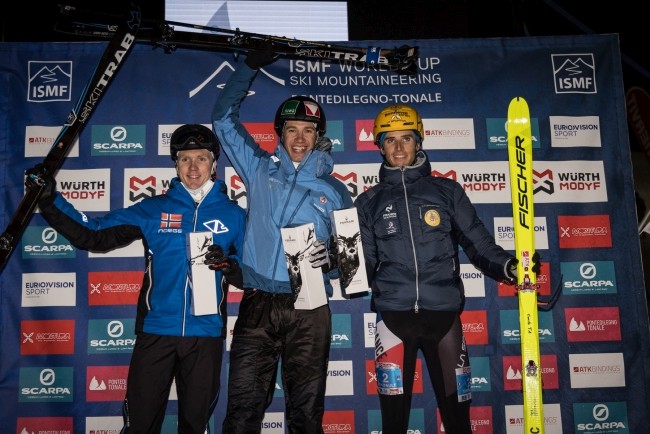 A decidedly positive note should be noted. In full compliance with the anti Covid regulations and the ISMF protocol, in this race the cheering of the public has returned, while those who have not managed to reach the prestigious Lombard ski area have been able to follow the salient stages in live streaming.
In the Italy team, especially as regards the Valtellinesi athletes, there was a climate of great sadness for the news of the death of Jacopo Compagnoni, friend of many guys competing in the inaugural sprint of the World Cup.
As scheduled, in the middle of the afternoon, the first to take to the track were the competitors of the youth categories, who challenged each other first in qualifying and then gradually up to the finals. At around 6 pm it was then the turn of the absolute female and male sector. At the starting blocks, representing 18 nations, there was the elite of the specialty, except for the reigning World Champion, the Swiss Iwan Arnold, stopped in the pits due to some ailments.
In the women's final came a surprise victory for the French Emily Harrop, in her first success in the World Cup, in front of compatriot Lena Bonnel and Giulia Murada from Valtellina from Albosaggia. In the final, with the sixth time, the new Italian champion Mara Martini also arrived. 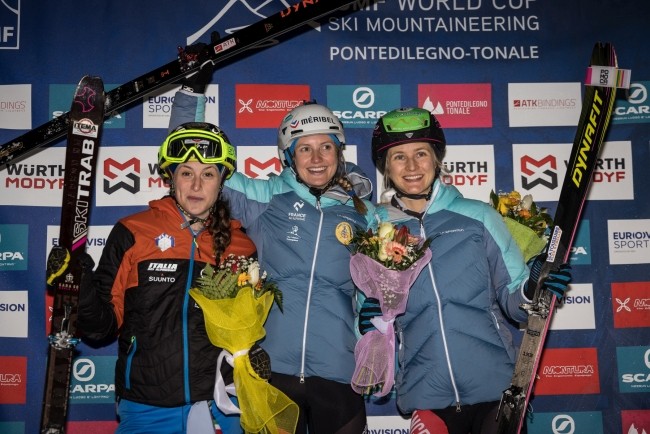 The success announced for the men by the strong Swiss specialist Arno Lietha, who preceded the Norwegian Hans Inge Klette and the French Thibault Anselmet. Fourth place for Robert Antonioli, who failed to hit the podium for a few seconds. First classified in the women's under 23 is the blue Katia Mascherona, ahead of the French Perrine Gindre and the Italian Samantha Bertolina.
The success of the son of art Matteo Favre came to the male, who was able to precede the brothers Giovanni and Alessandro Rossi.
Success of the Swiss Robin Bussard in the under 20 men, preceding the two Spaniards Marc Radua Ivern and Ot Ferrer Martinez at the finish line. In the final also the two Italians Rocco Baldini and Marco Salvadori, who finished in fifth and sixth place.
Spain can also smile thanks to Maria Costa Diez's success in the women's field, ahead of the Italian from Sondrio Silvia Berra and the Swiss Thibe Deseyn, protagonists of a race that immediately lost the favorite Caroline Ulrich due to the detachment of a ski, amazing in the semifinals. Erika Sanelli from Premana just off the podium.
Once the first test dedicated to sprinters has been archived, the program of the first weekend of the top international circuit will continue tomorrow (2.30 pm) with the Vertical race, also in Pontedilegno. A challenge of only ascent along the ramps of the Corno D'Aola slope, with the possibility of following the live streaming on the official website of the IFSM and on that of the race. Saturday day of rest and supervision of the route in view of the grand finale, the individual race, to be held at Passo Tonale and on the Presena glacier with start at 9.30.